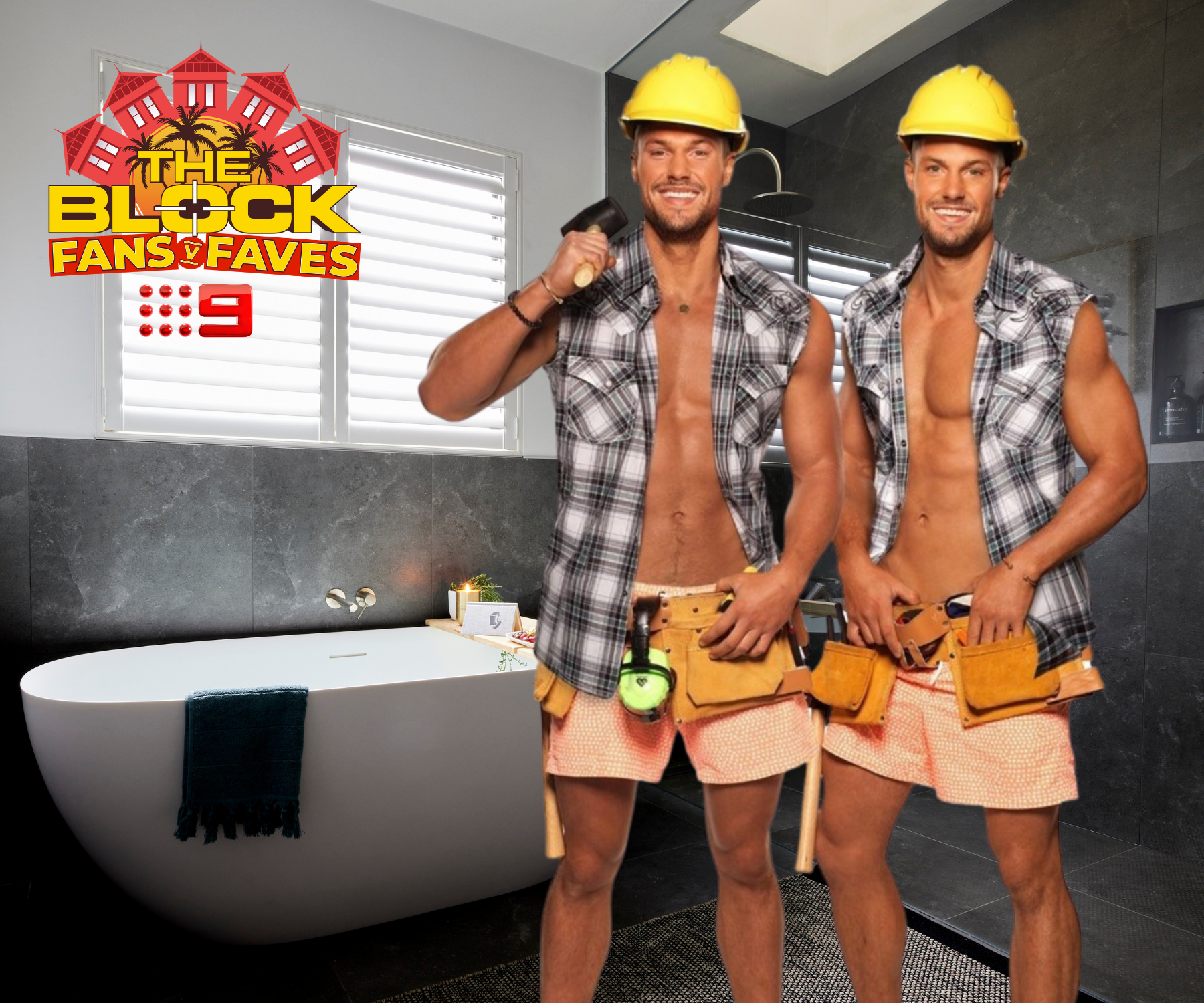 Identical twins from Sydney, Josh and Luke aren't shy of the camera, first making their television debut on Love Island Australia in 2019.

The twins are set to entertain Australia again as one of three 'Fans' couples on The Block this year, but will charisma be enough to get them through the rough and tumble of The Block?

When it comes to renovation experience, it’s probably fair to say Josh and Luke are the most inexperienced Blockheads in program history. While massive fans of the show, neither have renovated before. But they see this as an advantage, because other contestants may dismiss them and not realise they are tough competitors. The youngest couple this year want to show everyone they can do it. “We might be the juniors and not have much renovating experience, but we are going to give it our best shot,” Luke said.

Click on a week below to jump to a room reveal!

A Mediterranean oasis was the couple's objective when designing their light bright and relaxing backyard. With limited space, clever design and layout were key to keep the space as functional as possible without compromising on design. Luke & Jasmin chose Beaumonts to bring a design element to their pool area with our Icon Era Bone Mix decorative tiles.

The judges were blown away upon entry into Josh & Luke's master ensuite!

"Wow," Darren said as he first entered the room.

Shaynna had a similar reaction: "This is extraordinary!"

"It's also feeling like a luxury retreat, it really does. The minute you walk through that bedroom door you go on that little journey through a luxury retreat, and you end up with this beautiful outdoor spa," Neale said.

Josh & Luke shared more of their master ensuite on Instagram

Luke & Jasmin chose Beaumonts to create their dream laundry and couldn't help but share it!

Darren was impressed with the colour palette. "You've got all these little gold elements, the gold tap. It's just a room that feels like it belongs to the old part of the house, but has a nice contemporary feeling too," he said.

Luke & Jasmin took out the win again this week with a perfect judges score of 30/30!!

"It is so light and spacious, the colour palette is stunning. I love the tile choice. The terrazzo used with the subway will tile is perfect." - Neale Whitaker

As parents themselves, Luke and Jasmin decided to create a family bathroom, acting as an ensuite to the kids' bedroom with a functional bath and easy access shower. As the judges entered the bathroom, Shaynna was first to exclaim "oh my god!" "The brass edging all the way around is so beautiful. The handles, the under tile heating that we have seen in every house," "I'm jealous of the kids who would use this bathroom," said Shaynna.

Josh and Luke created a shared bathroom for the guest bedrooms on either side. The twins chose just one tile to add moodiness and bring a modern flair to the bathroom which they chose to complement with timber touches and light Venetian plaster on the feature wall and ceiling.