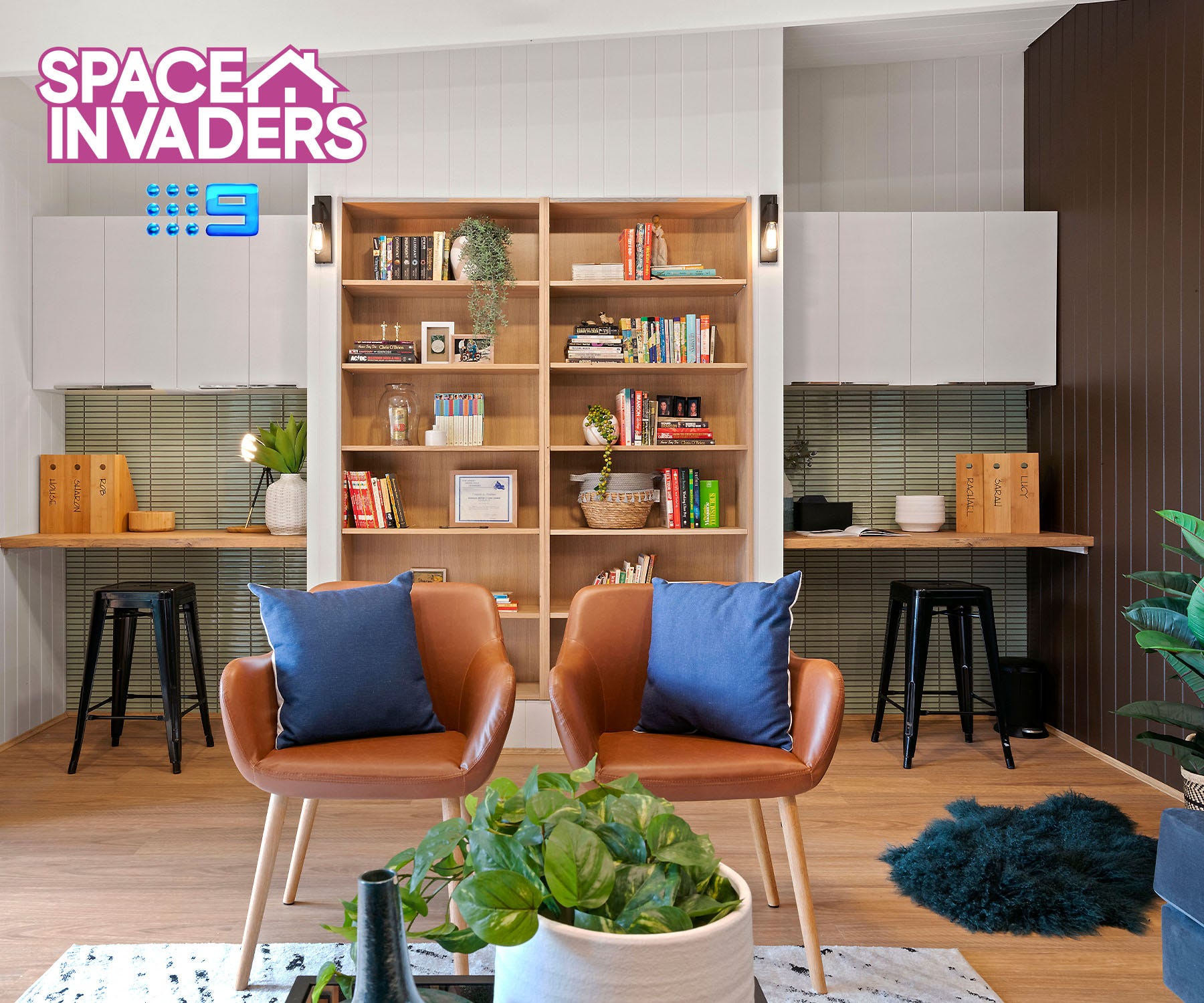 Rob and Sharon have a clutter problem, but not the usual overwhelming kind you often see on Space Invaders. The couple and their three daughters have two garages filled with stuff from the past. The Space Invaders team; Peter Walsh, Cherie Barber and Lucas Callaghan, come to the rescue to help the family reclaim their space.

Rob and Sharon have a clutter problem, but not the usual overwhelming kind you often see on Space Invaders. The couple and their three daughters have two garages filled with stuff from the past.

Rob in particular struggles to let go of items he thinks might hold memories. He's also procrastinated on dealing with clutter after he nearly died from cancer 15 years ago. Instead of cleaning, Rob would rather enjoy spending time with his family. This has caused tension in the family, and stress for Sharon.

Rob and Sharon have been wanting to turn one of their two garages into an extra living space and home office because they've run out of room in the home. But both garages are filled with clutter, which has resulted in them procrastinating on the conversion project.

The couple's daughters can see the impact it's having and hoped Space Invaders could help. "My dad is a very loving guy and he always lives in the moment, which I love about him... he wants to spend time with us rather than do things around the house," Rachel said.

Cherie saw instant potential in the garage. She knew it was big enough to be an office and living space, and so much more. "I also want to open this space up and invite the outdoors in. It's a big job, but I know exactly what to do," she said. With all the clutter gone, Cherie was able to inject a design that evoked a sense of calm for the family. The garage conversion means Rob has gone from working at the dinner table to a space with two desks and a whole lot more.

To make the office space relaxing, Cherie used green tiles on the wall. Green was specifically chosen because it's been proven to have a calming effect on people when they look at it. Cherie also added soft warm lights and plenty of storage.

Catch up on the transformation!

Cherie Barber's reno - Before & After!

Check out these highlights of other amazing transformations - clutter was their enemy until the Space Invaders team saved the day!

VIEW MORE TV SHOW FEATURES
Other articles you may like…